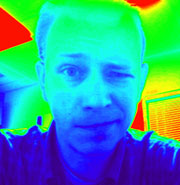 Look, I don’t care why Linux doesn’t have issues with spyware and viruses like it’s glass-in-a-frame brother, but it doesn’t. Actually, I do care — but the beauty is that it’s true.

Maybe it’s because it’s not a target. Maybe it’s designed better. Maybe it just has a cooler name. The truth of the matter is, we have 450 computers in the district here, and about 15 of those are running Windows. If you do the math (which I won’t), I spend WAAAAAY too much time on those machines. There are many classrooms, running Linux thin clients, which I haven’t visited in 3 years. Really.

So, it’s 4AM, and I’m off to install Symantec Antivirus on 4 computers that are complaining that they’re either expired or have no protection installed. Ugh.