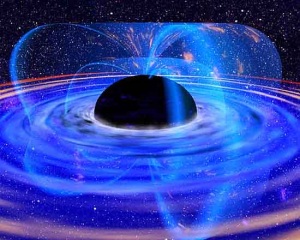 What started out as a festive holiday for most ended in the beginning stages of the apocalypse. CERN has certainly been under the public eye with their LHC experiments, and so in order to test some of the more controversial procedures — the “scientists” need to mask their nefarious plans in a bit of pie.

“Everyone gains a few pounds over the holidays, so we use that phenomenon to study microscopic singularities,” Biggins said.

A microscopic singularity, for those of us not familiar with astrophysics jargon, is a black hole. The [mad] scientists at CERN are creating black holes over the holiday season, and using grandma’s pumpkin pie to hide the truth from us. That truth, however, is about to unhide like a Jack-in-the-Box.

“The problem is that Hawking Radiation, which normally nullifies the singularities before they can do any damage, seems to be affected by solar flares,” Biggins confessed. “While normally the microscopic singularities vaporize in a little puff of radiation, the solar flare on December 18th disrupted this outgassing, and actually allowed the black hole to take hold.”

Scientists are not sure how to handle the growing dilemma, but the effects of the planetary bound black hole are already evident in gravitation fluctuations across the globe. Our own Shawn Powers weighed himself 3 times today, and each time his weight had increased.

“I’ve been trying to spend my Christmas Day in a normal fashion, and have been eating huge meals with my family, but at every spare opportunity I’ve been stepping on the scale. The increase is impossible to deny. Gravity from the black hole is making me weigh more,” said Shawn.

Biggins gave us the following advice, “While we’re trying everything we can to increase the Hawking Radiation, and eliminate the black hole, it doesn’t look good. Gravitational forces will continue to rise throughout the holiday season, and throughout the following months. With proper diet and exercise, it will be possible to lose enough weight to offset the increase in gravity, but once the singularity accretes enough mass, there will be nothing we can do but leave the planet or be crushed. We’re sorry, fellow Earthlings. We really messed up on this one.”

Some anti-LHC scientists have already volunteered their time, and have calculated the timeline for total destruction. Based on scientific models, the singularity will make this planet uninhabitable around December 21st, 2012. That gives us almost 2 years to either get rid of the black hole, or find another solar system to live in.

Here at The Brain of Shawn, we suggest ignoring the problem. It’s really the only thing we can do. And for the next few years, you never have to worry about gaining weight — because remember, it’s not you, it’s the black hole! Happy Holidays everyone, and remember, have another helping of mashed potatoes. It really doesn’t matter anymore.