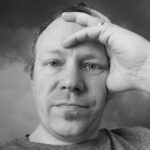 The Brain of Shawn
Depression is Me | Ep. 9

Depression is weird. It tries to destroy us, but also… it’s us. In this short episode, I talk about my current bout of depression, and try to weaken it a little by exposing it to the light.

I’m currently depressed. I think. I’ve been diagnosed with Major Depressive Disorder, and so maybe any time I’m depressed, that’s the “reason” it happens. But also, depression is different for everyone. I’m confident of that, because depression is often different for ME, and I’m the same person as me. Still, I wonder if what I’m experiencing now is depression, or frustration, or post-covid-exhaustion fueled existential dread. Also, does it matter?

You’ve probably heard the story of the girl and the starfish. It’s been adapted from The Star Thrower, by Loren Eiseley. Here’s my quick verison:

A man was walking on the beach, and came across a little girl. She was picking up starfish from the shore, which were washed up during a storm and stranded when the tide went out. As she feverishly tossed starfish after starfish back into the ocean, the man asked her what she was doing.

“These starfish got stuck when the tide went out, and if I don’t get them back into the water, they’ll die,” she said.

“Yes, but there are thousands of starfish, and miles of beach. Even if you’re here all day, you won’t make a real difference.”

The girl slumped her shoulders, and looked forlorn. Then, a few moments later, she marched over to another starfish and tossed it into the surf. She turned to the man defiantly and said, “Well I made a difference to that one!”

I love the starfish story. It reminds me that regardless of how small my influence on the world might be, every little thing I do is important. Over the years, my level of “fame” has waxed and waned. This story helps me separate the “amount” of change I can make in the world from the “significance” of the change. Usually, that realization is enough to keep me going.

But depression is an almost sentient evil which short circuits logic and reason, and rewires our emotions in a way to make everything seem hopeless and insignificant. I know it’s not true, but when depression wields its ugly sword, intellectual knowledge doesn’t seem to matter. And since the depression is a part of me, dwelling in the deep and slimy parts of my brain, it knows all my weaknesses.

For example, I’m not really motivated by accumulating wealth. But in order to do the things that do fulfill me, I need to make money. My depression twists that into a self-image of me being a sell out, trying to make a buck instead of creating to make the world a better place.

“If you really wanted to help people, you wouldn’t try to make money while doing it. You’re just pretending to care about others so you can trick them into giving you what little money they have,” my depression tells me.

And so, when I’m under the weight of depression, I don’t create. Because it feels icky. And those starfish who might benefit from my tiny efforts dry up in the sun. It’s terrible. And I know it. That’s the most horrible part — I KNOW the truth. I just can’t seem to believe it. Because depression lives in my brain. It’s part of me. And sometimes I don’t know how to turn it off.

I’m not writing this because I have a wonderful solution, or a simple series of steps to get past the depression. I’m writing because one of the few things I know to be true is that depression withers in the light. And so when I talk about it, and point out its lies, it gets a little bit weaker. Hopefully me exposing mine might scare yours a bit too. Because the other thing I know is that it’s easier to battle our demons when we’re not alone. And if you’re reading this, or hearing this — you’re not alone. And neither am I.