This isn’t the first time I’ve ranted about Anti-Lock Brakes. Last time, my post sparked lots of discussion in IRC, IM, and in the comments. I’ve thought long and hard about why exactly I hate them so much, and I’ve come up with why. First though, I should give them credit where credit is due:

I Believe Anti-Lock Brakes Stop on Ice Better Than Humans

Back in my last rant, I pointed out that it seems as though anti-lock brakes do a worse job of stopping than I can do with my human brain and soft pedal touch. Ryder argued that studies have been done (I didn’t bother checking, but let’s assume it’s true) proving anti-lock brakes stop on ice significantly better than any human can manage. For the sake of argument, I’ll agree. But that’s not actually what I hate about anti-lock brakes.

And you know what? Many drivers are idiots, so perhaps this is a good thing. I just want the option to turn them off. The thing that really irks me, is “stopping” isn’t always the best course of action in a slippery situation. Anti-lock brakes take away any options a smart, quick thinking driver might utilize. Want to ditch the car? Good luck, a tap on the brakes will take away any maneuvering abilities you may have had. Want to powerslide to point your car in the “least likely to kill anyone” position as you slide past a stop sign? Again, no chance because your brake pedal has grown a mind of its own.

But honestly, I think I’m a better driver than the computer that pumps the brakes eleventy hundred times a second. Sure, it can stop in a straight line stop on bare ice faster than I can — but there’s more to driving than pumping the brakes, and I think my foot has the upper hand.

25 thoughts on “Anti-Lock Brakes, And Why I Hate Them” 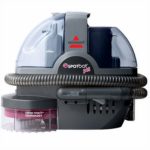