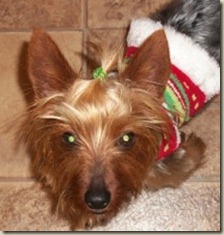 It’s really interesting to visit others during the holidays.  Some folks have advent calendars, some have fake snow on the windows, heck some even have dying pine trees sitting in their livingroom decorated in a morbid mockery of their death.  (At least that’s what I assume the trees are for, we have a fake tree…)

Here at Chez Powers, there are a few things we do this time of year.  I’ll tell you ours, if you tell me yours.  Unless you do some creepy public urination tradition or something.  In that case, let’s just pretend you just play in the snow.  Anyway, here are some of the things we do:

Burnin’ Down the House

This was actually a tradition we started last year.  I don’t recommend it.  The plan is to make it a one time thing, as it’s a very expensive tradition, and makes for a rather rotten new year.  (Yes, it’s been long enough to joke about.  Quit yer cryin.)

Coins In Shoes on December 6th

December 6th is St. Nicholas Day, and every year we buy chocolate coins to put in our girl’s shoes.  We read the story of St. Nicholas, and start the holiday season with chocolate, which is a very good way to start it.  Unfortunately, we forget almost every year.  So we mostly remember around December 10th, read the story, and just hand out chocolate coins.  It’s a good plan, but for some reason we forget.  Still, we get chocolate, so it’s all good.

This is a Powers Family favorite.  Every Christmas Eve, Mom and Dad create an elaborate chain of hidden clues.  The girls work together solving the clues and searching for the next clue, in order to find the final destination.  That final clue leads to a family gift, usually a game of some sort, that they open and we play.  It’s a great tradition, and as the girls get older, the clues get more and more difficult.  It’s so much fun to watch them work together to solve the clues, and at the end, we all get to play a game together.  It’s really cool.  We try to do this tradition on Christmas Eve, because it’s usually just our family.  It makes it special.

Every year, we take a Christmas photo.  Actually, every year we take 6,328 Christmas photos.  Donna is really passionate about pictures, so we end up taking many photos, trying to get dogs and kids to pose correctly.  We all act like we’re upset by it, but really it’s sweet.  Donna loves the Christmas photo, and we love her – so we’re happy to oblige. 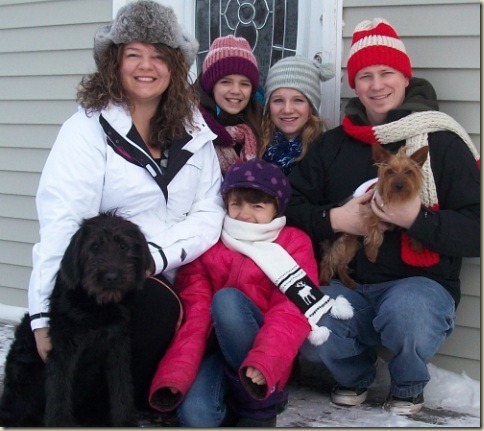 So there you go, some Powers traditions.  What are some of your traditions?  Perhaps we want to steal one or two!  (Also, if you’re looking for an idea from us – I highly recommend the scavenger hunt, it’s full of win)

7 thoughts on “What Are Your Traditions?”