Long ago, in a land not very dissimilar from our own, there were two little girls. Their names were Lagoria and Lizzanthia. The two sisters were particularly good one season, and at the Sun Harvest Festival, their father purchased them each a fairy scribe of their own. Fairy scribes, as you know, can not write words at all. They can only sketch ideas and words into pictures. Lagoria and Lizzanthia both loved the fanciful fairy sketches their mother’s High Fairy Scribe created — and their father Shagoth knew they would train their fairies to be as skilled as Lady Donaria’s one day.

Sadly, before the double moon set on the harvest celebration, Lagoria and Lizzanthia were on a photo hunt with their new fairies and fell upon a fierce dragon. Excited to get sketches of the dragon, both girls sent their trembling fairies after the dragon as it retreated into its cave. The girls stayed safely outside the cave, but knew that since fairies can’t be burned by dragon flame, the sketches they would get would be lovely.

The sketches were magnificent. Everyone from miles around was shocked and amazed at how detailed the sketches were. Why, even the corners of the canvases were scorched, and the sulfur-laced smoke could still be smelled as if the viewer was deep within the dragon’s cave. In fact, it was so full of realism, the girls were forced to keep the sketches outside so the family wouldn’t choke from the smoke!

The problem came when the girls took their fairies out on another photo hunt. While fairies can’t be harmed by dragon fire, they aren’t immune to dragon magic. So while the fairies continued to sketch for the girls, every sketch smelled like fire and brimstone, and every sketch contained the likeness of the dragon himself. See for yourself! 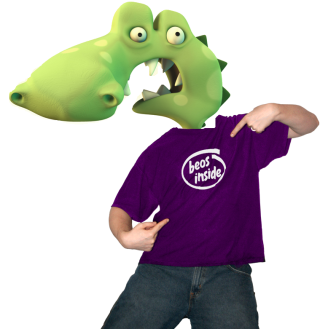 So now, the girls borrow their mother’s Sketch Fairy from time to time, but apart from that have no way to record the beauty of the realm. They hope someday to be gifted with the Pink Camera of Sweetness and Light so they can once again capture their world without the taint of dragon. Until that day, the Sketch Fairies will live in agony, knowing they can not make Lagoria and Lizzanthia smile.

5 thoughts on “Puffy, The Camera Slayer”