Many folks already know, but it only recently became official. I’ve accepted a position at Cornerstone University as “Assistant Director of Database Services”, which is just a wordy way of saying I’ll be working with a team of database folks much smarter than me, doing new and exciting things pertaining to databases. You want more details? Well, ask me in a couple months. 🙂

This means I’ll no longer be the Technology Director for Inland Lakes Schools, and will be leaving an amazing bunch of folks that have been like a family to me for the past 12 years. This is actually tougher than I thought it would be. Like any family, there have been some rough times at Inland Lakes, but at the end of the day it’s a place I care for a great deal. My only hope is that my leaving might be a catalyst for awesome change. Still, leaving sorta rips my heart out.

The switch also means relocating. While I certainly like a good commute, driving 4 hours one way doesn’t seem like a very good idea. My family found a rental place on the south side of Grand Rapids that is small and charming, but with a great big fenced in backyard for our furry friends. Here it is, right out of the 1950s: 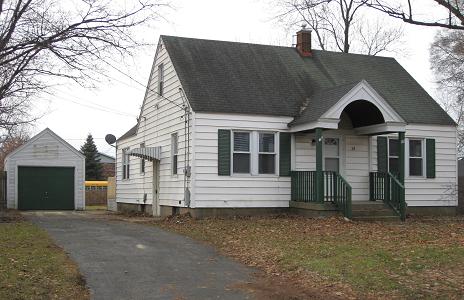 Also, if anyone wants to buy a fairly new 4 bedroom home in Indian River with a partially finished basement and an awesome office, I know a guy selling. Just saying.

So Grand Rapids? Prepare for the Powers family. Soon, we will be in you. Cornerstone University? You’re about to get a little sillier, but I think that was clear in my interviews. You have no one to blame but yourself. And Indian River friends, family, church, school, community… We already miss you, and we’re still here for another month.